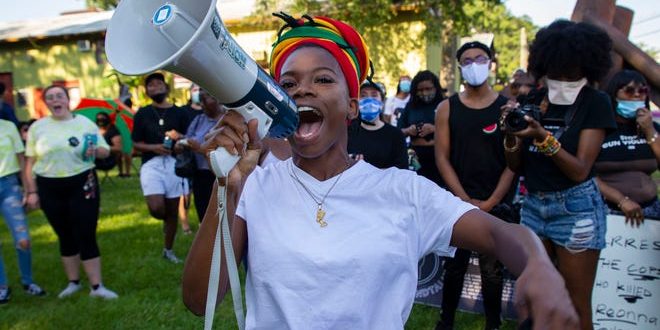 A month has now passed since the murders of Oluwatoyin Ruth Salau and Victoria Sims. We don’t know the precise date of their deaths, because they were killed and their bodies hidden over a week that still holds secrets.

Their friends and families, the people who loved them, were devastated by their loss.  Toyin Salau’s young life had already sustained great pain, ending with multiple sexual assaults. Vickie Sims tried to help vulnerable people, and was killed in the attempt.

As the community’s agency with a core mission of support for sexual assault survivors, these deaths were crushing for us.

Even though thousands of survivors who have experienced the trauma of rape and domestic violence find safety and healing from Refuge House, our shelter staff live with the fear — every day, every hour — of losing someone to violence.

Our shelter advocates were heartbroken that Toyin didn’t make it to us that late Saturday afternoon, but instead found her way into a car with people she hoped she could trust.  One of those people killed her.

And these were not the only recent deaths in our community we hold close at Refuge House. The deaths of Malik Jackson and Tony McDade may have been connected to an underlying domestic violence dynamic that escalated to a grievous assault, then homicide, then a police shooting.

In this time of challenge and change, what would Toyin Salau want us to learn from her life, and her tragic death?

Toyin Salau was a fighter for justice: for the cause that Black Lives Matter, against police brutality and neglect. She fought for herself: for the truth of her experience, for her right to live as a Black woman unafraid. To fight her fight, we need to stand at her side, and seek answers to questions that her life, and her death, raise for us all:

The survivors we serve, and the many brilliant activists dedicated to change in our community, are already helping us with answers. During Toyin’s vigil and at protest events, activist leaders have spoken powerfully of the impact of abuse, racism and marginalization in their lives and the lives of other Black women — and the urgent need for change long overdue.

We stand with them, and with Toyin Salau, whose passion to end racism and police brutality will inspire and guide us forever.