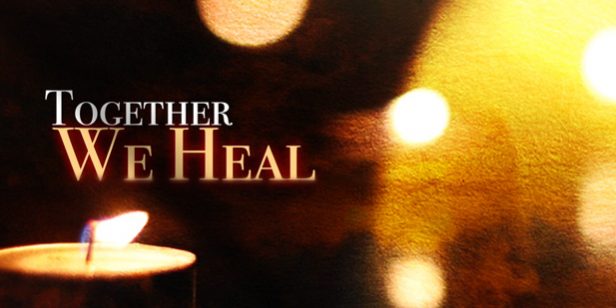 April 10, 2020
Trauma, Fear and Uncertainty by Brandi Turner
Trauma is an event that can occur in a sudden and forceful way or a powerful threat that can occur over time, affecting one’s ability to cope. It can be an event that you experience, an event that you witness, or an event you only hear about. The emotional response to trauma can cause memory loss, feelings of intense fear, helplessness, anger, shame, and anxiety. Trauma can also cause actions such as abuse of alcohol/drugs, aggressive behavior, or isolation from others. Events considered Traumatic include auto accidents, rape, physical/mental/emotional abuse, neglect, government shutdowns, stock market crashes, mass shootings, and the list goes on and on. The one thing all traumatic events have in common is an emotional response.

During the current COVID-19 pandemic we are experiencing a worldwide collective trauma. Because of this trauma, emotions are heightened, fear and uncertainty are common place, and coping skills range from numbness and disbelief to anxiety and pure panic, keeping in mind that everyone reacts to trauma differently.

With this new understanding of trauma, we can now, in a very small way, understand the trauma survivors of sexual assault experience, however; they usually face their trauma completely alone. Survivors experience fear, isolation, shame, guilt, helplessness, anger, uncertainty, and the inability to cope with the aftermath of their assault. Most survivors struggle with making the decision to report their assault as they fear they won’t be believed or feel it is their fault for one reason or another. Some choose to report years later, once they are over the shock of their assault or once they feel safe enough to come forward, some may never tell anyone.

There are consequences to not talking about your trauma, suppressing your emotions, and avoiding the memories of the assault altogether. These are consequences that can be avoided with early interventions such as counseling, a support system, and someone who believes you. The consequences of sexual assault include substance abuse, suicide, lifelong self-esteem problems, psychiatric problems, teen pregnancies, eating disorders, a higher risk for HIV and STD’s, homelessness, and prostitution. While some survivors who come forward may continue to experience some of these consequences, it has been proven that talking to someone you trust about the sexual abuse you have been through can help you heal and help you avoid some of these consequences. Here are a few statistics to help you understand the severity of these consequences:
Substance Abuse: As many as 75% of women in treatment for alcoholism report a history of incest or childhood sexual abuse, and in a study of males sexually abused as children, 80% had a history of substance abuse. Victims of rape with PTSD (post-traumatic stress disorder) are 13.4 times more likely than non-victims to have major alcohol related problems and 26 times more likely to have a serious drug abuse problem.
Homelessness: One study of homeless women found that 38% had a history of childhood sexual abuse and 46% had a history of rape as an adult.
Suicide: Rape victims are 9 times more likely than non-victims to have attempted suicide and in a study of males sexually abused as children, 50% had suicidal thoughts and 23% attempted suicide.

The Refuge House is here to support you: In Taylor County, survivors of sexual assault, as well as friends and family members of survivors, have options! If you are an adult, age 18 and over, and do not want to report your assault to Law Enforcement, you can still call the Refuge House hotline 24 hours a day 7 days a week 850-584-8808 and request shelter and/or services with the Lead Sexual Violence Counselor. You can utilize our services to help alleviate life’s pressures during one of your most difficult times through counseling, safety planning, education of the legal system and what to expect if you do decide to report to law enforcement, learning healthier coping skills, as well as to get referrals to other community service providers that are there to help you. The Refuge House also works with children who have experienced sexual abuse, however; the mandatory reporting laws require us to report this abuse to The Department of Children and Families for the safety of the child.